The Tactile Pressure Sensor plugs into the jack on your PocketLab Voyager and adds a pressure sensitive pad that you can use for all kinds of experiments from force and motion, a programming input for Scratch, and even make customized sensing devices like a scale or grip sensor.

The tactile pressure sensor is great for classic physics experiments as well as interesting maker and Scratch projects. The sensor is different than a traditional force sensor. It measures a relative change in resistance based on how much contact pressure is applied to the contact area of the sensor. Check out the use cases below to learn more.

All the sensor functions are integrated into a small, rugged, and portable sensor device that can be attached to almost anything and used in almost any application. You can stream data from up to three measurements simultaneously to the PocketLab app and visualize the data in real-time.

Give your students a tactile pressure sensor and have them support Newton's Second Law of Motion with evidence they gather from their own creative experiments. The GIF shows a tactile pressure sensor taped to the back of the Voyager directly measuring the applied force of a push and PocketLab Voyager's accelerometer directly measuring acceleration.

Use the tactile pressure sensor as a button in your PocketLab Scratch projects. Trigger projectiles to fire in a space blaster game, drive your WeDo Lego motors, or make your Mario-like sprite jump over some Koopas.

Build a "scale" that measures the weight of garbage in a trash can. Tape the sensor to the bottom of your shoes to study where the most pressure is applied during a typical step. With PocketLab, you are only limited by your imagination. 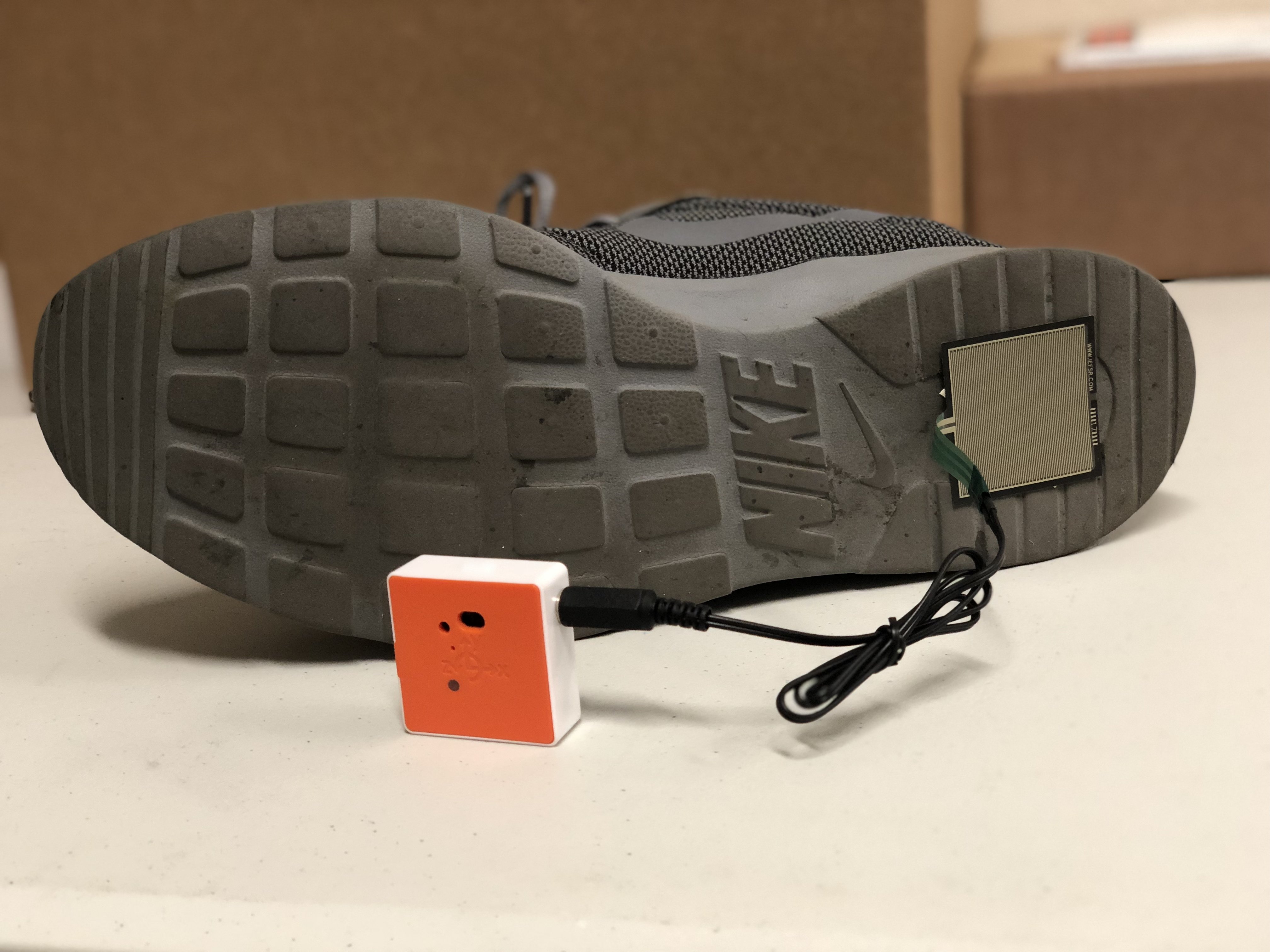