WHAT IS OPENSCIED AND HOW CAN IT SUPPORT NGSS IMPLEMENTATION?

Learn how OpenSciEd improves science education through the development and implementation of high-quality, freely available, instructional materials, and associated professional learning materials. In this session, Jim Ryan and Clifton Roozeboom explore what a science classroom looks and sounds like when all students are engaged in sense-making. And, what structures and supports teachers can implement to make this a reality for their classrooms. 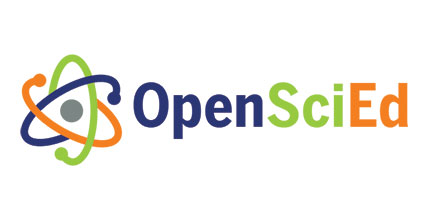 Jim Ryan has over 25 years of experience working to improve STEM education for all students and currently serves as Executive Director of OpenSciEd. Before joining OpenSciEd, Jim was the STEM Executive Director for San Francisco Unified School District, where he oversaw the development and implementation of core curricula in math, science, and computer science. Prior, he served in several leadership roles at Key Curriculum Press, a top publisher of mathematics and science tools and curricula, where he led the creation of a new division focused on supporting the implementation of the Common Core State Standards for Mathematics. Jim also worked as an analyst, programmer, and team lead for Apple Computers. He started his education career as a high school teacher and site administrator.

Dr. Clifton Roozeboom is the CTO and Co-founder of PocketLab. He received his PhD in mechanical engineering from Stanford University. He has been the primary investigator on two National Science Foundation SBIR projects and two Department of Education Institute of Education Sciences SBIR projects. Dr. Roozeboom is a lecturer in the Stanford University mechanical engineering department. His PhD research was on wireless sensor networks for environmental monitoring applications, for which he earned grants and fellowships from Sandia National Labs, Hewlett-Packard Labs, the National Science Foundation, and the Chevron Corporation.