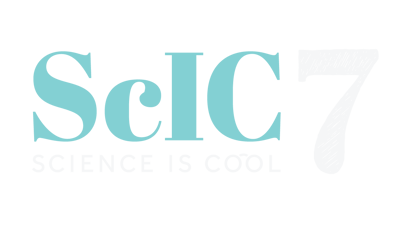 This session aired at ScIC7 Science is Cool Virtual Unconference on Thursday, October 28, 2021.

Where do new ideas come from? Exploring the catalysts of creativity shows that new ideas come not only from professional scientists and inventors but from ordinary people, even movie stars and entertainers. And a look at invention history reveals the pioneers who led the way for today’s age of innovation. A look at patents reveals how the news can stimulate new ideas and how science really is all around us. Why science is just a snapshot of what we know at any time. And how failure is not only an option in science -- but a welcome necessity. 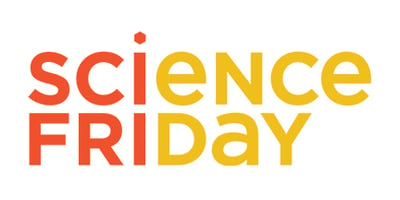 Veteran award winning science correspondent Ira Flatow is the host and executive producer of public radio's Science Friday, now in its 30th year. Each week he brings a lively, informative discussion of science to two million radio and podcast listeners. Ira is also founder of the Science Friday Initiative, a 501 (c)(3) non-profit organization that supports the program and is dedicated to increasing the public's access to science and scientific information. Ira has shared his enthusiasm with public radio and TV fans for more than 50 years, including as a three-time co-star on the hit CBS comedy, The Big Bang Theory. His recent honors include the National Science Board Public Service Award, AAAS Journalism Award, the Carl Sagan Award, the Nierenberg Prize for Science in the Public Interest and the Isaac Asimov Science Award. Ira has also received honorary doctorates from Pennsylvania’s Muhlenberg College and the State University of NY at Buffalo.

Xochitl Garcia is the K-12 education program manager at Science Friday, where she focuses on supporting the inspiring efforts of educators (of all types) to engage students in science, engineering, math, and the arts. After graduating from Occidental College and working with high school students in Los Angeles, Xochitl moved to New York. She taught middle and high school science in the Bronx for over seven years. She can often be seen making a mess trying out new experiments and activities, developing teacher trainings/programs, and planning ways to connect Science Friday media to classrooms.

Before joining Science Friday in 2013, Ariel was a high school biology, marine science, and environmental science teacher in Washington D.C.  In addition to being a classroom teacher, Ariel has created and facilitated informal and formal science programs around the country and has developed curricular materials and experiences for camps, cruises, campuses, zoos, museums, scouts, parents, teachers, and schools.

While completing her master’s degree in entomology at the University of Florida, Ariel once discovered the mechanism of acoustic communication in scentless plant bugs, which was super interesting to her, but not to many other people. Several other memorable scientific pursuits include studying snail gonads, collecting ticks, caring for colonies of social spiders as an undergrad at Cornell, tagging dragonflies, sailing aboard the E/V Nautilus and, more recently, traveling to Antarctica to cover long-term research on the frozen continent.

We’ve got a pretty fun lesson on What Causes the Seasons in PocketLab Notebook. We partnered with Neil deGrasse Tyson and Chuck Nice from Startalk for the lesson. Check it out!

One of the reasons Ira may be familiar to you…Newton’s Apple.

5th Grade Ecosystems Fortnite Review Game: Use it for Ecosystems

Here's an Among Us Review Template. It has Russian words from AIG camp this past Summer

Society for Advancement for Chicanos and Native Americans in Science

Want to see more from Ariel and Xochitl, check out their presentation on pollinators held at ScIC5 earlier this year

DIY projects that use things you have around the home, mostly.