STEM, especially science, is at the very core of what makes us human. It connects to nearly every aspect of our lives. STEM TV creators and producers Kari Byron and Jenny Buccos discuss the importance of creative media in STEM to help answer this question, and demonstrate the critical importance of storytelling in communicating scientific knowledge that can help solve some of the world's most urgent problems. Special guests: Justin “Mr. Fascinate” Shaifer and Jeremy Shorr. 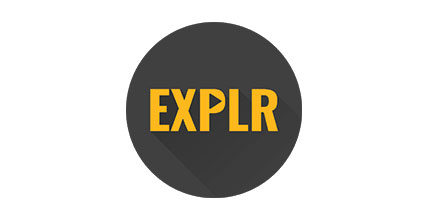 For nearly two decades Kari Byron has been a strong presence in the world of science television. She is best known as a host on Discovery Channel’s Mythbusters but has gone on to host and produce shows spanning several networks; Head Rush, Punkin Chunkin, LDRS, Thrill Factor, Strange Trips, America Declassified, The White Rabbit Project, Positive Energy and Crash Test World.

Jenny is a multi-award winning director & producer. In 2003, before the existence of YouTube, she founded a multimedia website designed educate primary and secondary school students about global cultures and histories. Over the last 20 years, she has directed and produced nearly 500 educational videos working with leaders and world-renowned organizations including Nobel Laureate Archbishop Desmond Tutu, the British Museum, and UN.

Justin “Mr. Fascinate” Shaifer is the next generation’s leading voice on innovation, science, and technology.

Justin is a LinkedIn Top Voice in Technology, Science Communicator, and popular TV host and producer. He has starred and produced shows for ABC News, Hulu and PBS Digital Studios. He is an in-demand keynote speaker, performing for hundreds of thousands of students, educators and corporate professionals, and influencing millions internationally through educational content.

Jeremy Shorr is an educational technology and STEM consultant and speaker. He is an MBA, a Certified Educational Technology Leader (CETL), and an Education Policy Fellow Alumni for the Institute for Educational Leadership. Jeremy is a winner of three Ohio Educational Technology Conference awards, the Ideastream (PBS/NPR) Betty Cope Award, ITIP Ohio's Technology Using Administrator of the Year (2014), and one of the National School Boards Association's "20 to Watch"​ (2013). Jeremy is the Chair of the International Society for Technology in Education's (ISTE) Technology Coordinator's Network and the Past-President of the Ideastream Advisory Council. In 2015, Jeremy was recognized as an Apple Distinguished Educator, as one of the Center for Digital Education's "Top 30 Technologists, Transformers, and Trailblazers", and as one of Crain's Cleveland Business "Forty under 40". Jeremy and his six-year-old daughter Lila live in Twinsburg, Ohio.

Explr Classroom - Get 40% off all classroom subscriptions through Sept 9, 2022 using code SCIC40